As a global publicly traded mining company, Fortuna Silver Mines needed an active and engaging presence across digital channels to reach its audience in the retail investor market.

However, Fortuna had no digital strategy in place for producing consistent, value driven content that would inform, educate and excite the market, thus creating deeper, more meaningful relationships with retail investors.

The solution to this problem required a project that would match the scale and complexity of Fortuna’s operations, some of the key objectives involved: 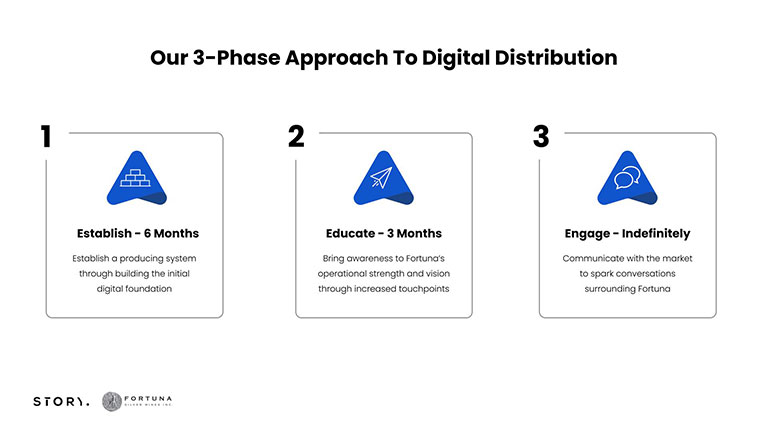 To bridge the gap between Fortuna and retail investors we created a three-step digital strategy to Establish a digital presence, then educate and engage with the market. To fully establish a digital presence Fortuna needed to take control of its own narrative online and create original video content that could be distributed through digital channels in a controlled and sustainable way, thus providing the retail investor market with a distinct and nuanced brand voice that could be trusted and engaged with on an ongoing basis. 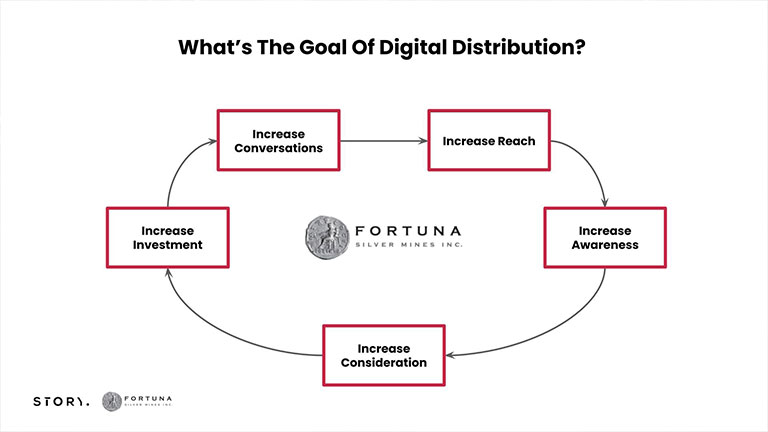 As storytellers we place huge emphasis on understanding and amplifying each client’s unique narrative, and it was no different for Fortuna. To ensure we represented Fortuna’s story in the most effective way we embarked on a comprehensive journey to listen to and understand the scale of their operations and how they wanted to convey their message.

In order to create a compelling narrative, each video is based on a bespoke script and storyboard that was written by our team and refined through multiple rounds of reviews with key stakeholders.

When writing scripts we employ a formula that is psychologically proven to engage, inform and empower the audience to take action, below are examples of what the opening ‘hook’ and ‘closing statement’ of our script looked like for the Fortuna corporate video. 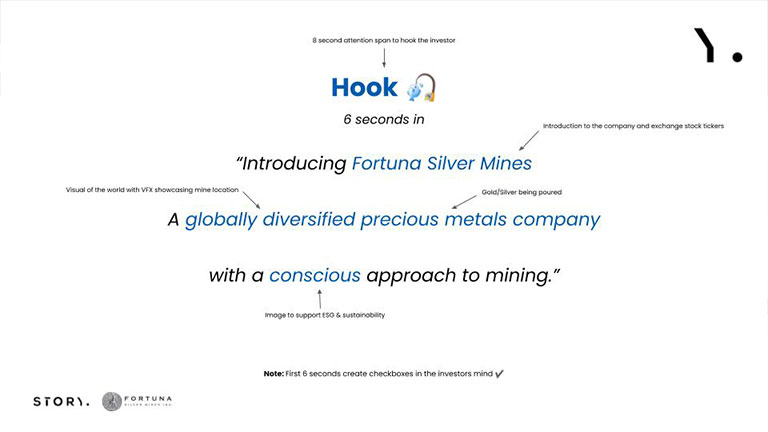 As Fortuna operates mines in six distinct locations around the world, it was necessary to create a video that informs investors about each mine’s distinct story and operation.

Six locations meant six different video shoots, each with its own set of logistical and creative elements to align and refine. Our team set about the pre-production process through extensive video calls with the various stakeholders, from within Fortuna to external satellite video teams that were based locally around each of the mines, that would carry out the filming under our creative direction.

Each local video agency was vetted and chosen for their high level of craftsmanship and knowledge of the local area.

A particularly interesting challenge that we faced during the process was that one of the sites we were producing video for is still under construction. Fortuna wanted to ensure that we produced an evergreen asset that would inform and excite the market just as each of the videos for the other locations will. 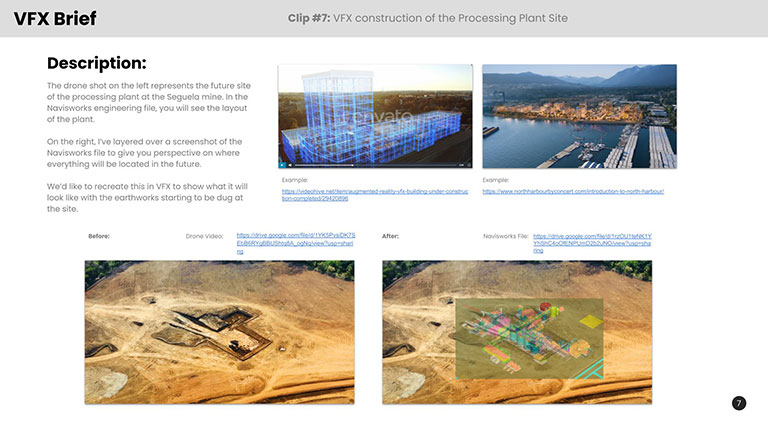 In order to produce a video for a unfinished mine that was creatively consistent with the others, we created bespoke 3D models based off of blueprints for the mine. 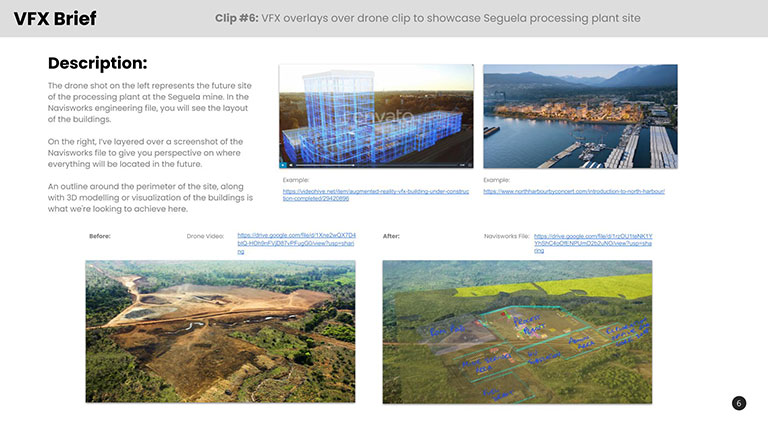 We used Navisworks engineering files to create beautifully rendered 3D models and VFX that allowed the message of this particular video to be conveyed with the same impact and authority as every other video in the project. 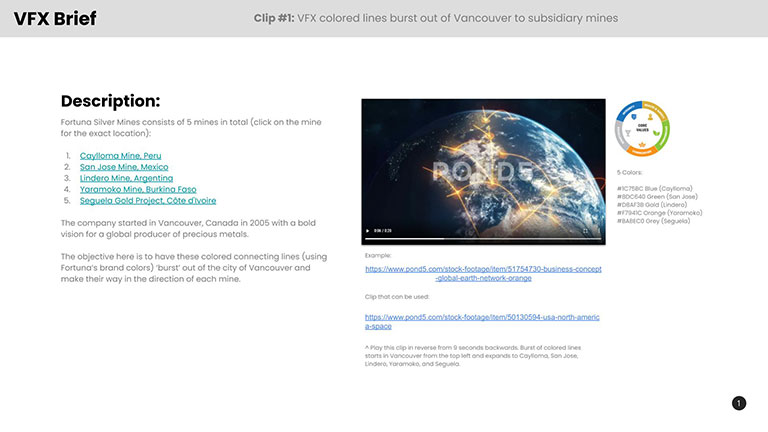 Throughout the production process we stayed in constant contact with the team at Fortuna and the external agencies, collaborating on scripts, storyboards and production schedules to ensure every frame was captured and every message refined to ensure we produced engaging content for the retail market. 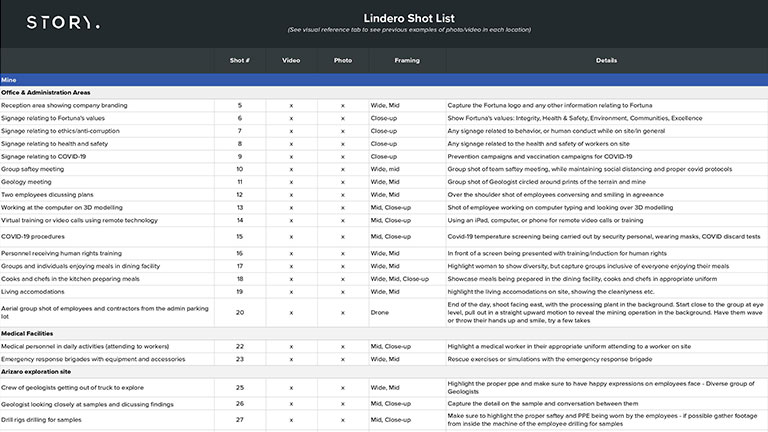 The outcome of this project is a comprehensive digital distribution strategy that leverages the power of video to establish Fortuna’s brand voice and narrative across their digital channels. Fortuna is now able to directly communicate with the retail market and engage investors with thought provoking, informative content that sparks conversations and creates interest.

Become Our Next Case Study

We get your business results with video. Interested in learning how?
We guarantee 100% privacy. Your information will not be shared.

We are a results-driven video production agency helping businesses improve their marketing and communications.